What Troubled Projects Are Costing Us

Filed under Tools | Posted by 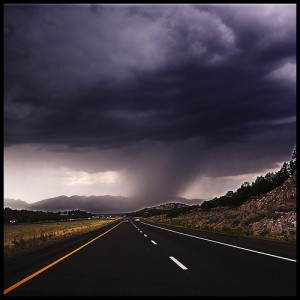 Troubled projects afflict organizations worldwide in both commercial and public sectors as they regularly experience higher than anticipated costs, unmet schedules and unfulfilled requirements.. The high rates of project failure?particularly among information technology (IT) projects?often impact an organization?s essential business strategy and operations.

Study after study details bleak project results, while government reports and company case studies offer numerous specifics of unsatisfied stakeholders from project outcomes. The added pressure from the economic downturn to do more with fewer resources makes these dismal results all the more disconcerting.? However, research and experience show that effective project management can save organizations untold millions in lost revenue.

Troubled Projects In the United States and Abroad

High rates of project failure have been well documented in recent years. Widely quoted studies from The Standish Group over a several year period show that:

And, as Greg Balestrero, Executive Director of the Project Management Institute (the largest association of project managers in the world) reports, the rate of failed projects has not changed in recent years.

Documentation from KPMG Information Risk Management found that in 2002, 59 percent of the organizations in the Asia-Pacific region experienced at least one project failure at an average cost of $8.9 million. Africa, Europe and the Americas followed suit with an average of 56 percent of the organizations reporting at least one project failure with an average cost of $11.6 million.

In 2007, the Economist Intelligence Unit published the results of their survey of 145 senior global executives from different industries on their current and planned IT projects which showed:

Details from organization-specific studies bring the reasons for troubled projects into clearer focus.? For example, an audit of the U.S. Federal Bureau of Investigation (FBI) by the U.S. Government Accountability Office (GAO) determined that the FBI failed to effectively manage its IT investments and spent hundreds of millions of dollars on projects with little assurance they would deliver their intended benefits (U.S. Department of Justice Audit Report 2002). In GAO?s study of 226 IT projects valued at $6.4 billion from 24 federal agencies, it found more than one-third (79) of the projects, deemed critical, had a performance shortfall where they did not meet one or more of the following criteria:

The state of Wisconsin?s review of 184 IT projects valued at $292 million that have been started or completed since 2004 determined that troubled projects have cost the state more than $122 million. Lack of project management and oversight were cited as the main cause of troubled projects (2007).

A high IT project failure rate even led the Colorado State Legislature to take the highly unusual measure of passing a law requiring the state government to develop policies on best practices and the verification of project managers and analysts. The law affects major automation system development projects (Digest of Bills 2006).

In response to these overwhelming project shortfalls and failures, companies and government entities have

While these actions are positive, the costs and outcomes associated with each remedial action indicate not all of them should be, or even need to be, implemented. Research from two unique sources, the PMAppraise? database and the Project Evaluation System? (PES?), strongly suggest that training on project management best practices is a solution organizations should consider to increase the probability of project success.

The PMAppraise? database, maintained by ESI International, a global project management learning company, contains knowledge and skill assessments of IT project management professionals working for large and mid-sized companies across all industry sectors located throughout the world. PES?, developed by Independent Project Analysis, Inc. (IPA), a project benchmarking company, is a methodology that measures the effectiveness of a company?s practices and procedures in planning, defining, engineering, constructing, and initiating projects.

The previously cited research by the Economist Intelligence Unit and reports of the states of Wisconsin and Texas revealed the lack of project management skills among the IT staff to be the primary obstacle to improving IT project management performance.

Training is one of the chief methods for improving a project manager?s ability to implement a successful project and should be viewed as an investment, not an expense.

According to Mary Ellen Yarossi, Director, IPA Institute, ?Best practices have been shown to reduce costs by 10 percent, reduce execution and implementation time by 8 percent, and improve performance by 10 percent.? These project improvements can take a 15 percent rate of return project and turn it into a 24 percent rate of return project. That translates into a 60 percent improvement.?

The PES? database reveals that not applying proper project management techniques can result in negative outcomes in terms of significantly higher costs and substantial schedule delays.? The PES? data shows, for example, that projects with a well-defined Project Execution Plan (PEP) shorten the project duration by 14 percent while decreasing cost growth by 17 percent compared to a project with a less well-defined PEP.