What to do When a Team Member Needs to Rant 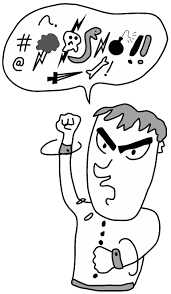 Mary Carol had never seen Jim quite so upset before. He came into her office, pulled out a chair and just launched into an all out rant about his colleague Joyce. Jim was really dumping some negativity. Mary Carol had no idea that Jim had these hard feelings toward Joyce. Jim was really upset. At first, Mary Carol felt like she had been attacked. But she quickly realized that Jim needed someone to listen to him.

As Jim continued to rant, Mary Carol felt torn. She did not necessarily agree with all of the negative comments he was making about Joyce. Both Jim and Joyce worked on her team. Each of them was a strong team member. To listen to Jim complain about Joyce almost felt disloyal. Almost. Then Mary Carol realized that in this moment, what she could do was to provide a safe place for Jim to express his feelings. It was better for Jim to rant to her, than to Joyce or to others about Joyce.

After a few minutes Mary Carol, held up her hand, “Jim, could you stop for just one moment?”

Jim replied, “I know, I know, I should not come into your office and speak poorly about another team member.”

“That is not it at all,” replied Mary Carol. “You may consider this a safe space and a safe conversation. But let’s work to make this time even more productive. Try this with me. I am going to give you ten more minutes to rant about Joyce. Say whatever you need to say. At the end of those ten minutes you need to switch topics. You need to then list the good qualities that you see in Joyce and the positive aspects of working with her. After you do that, you are going to set an action plan. Maybe that action plan is to go take a break and calm down. Maybe that action plan is to find a way to discuss your concerns with Joyce. Or maybe that plan is to spend some more time considering just why it is you are so upset with her.”

Jim listened to what Mary Carol said and then abruptly replied, “Great, can I go back to ranting now?” Mary Carol nodded while thinking, “Well so much for THAT approach.” To her pleasant surprise, Jim did not even need ten more minutes to rant. All of a sudden he took a deep breath and switched gears. He began to discuss what a good job Joyce does in analyzing difficult problems. He recalled the time that he lost his place in an important executive presentation and she stepped in and joined him, as-if that had always been the plan. He listed some other positive qualities that Joyce exhibited and then he stood up and headed for the door.

As he opened the door he turned to Mary Carol and said, “My action plan is to use this approach with my friends, family and colleagues whenever they need to go on a rant.

Like Mary Carol, you too can allow your team members to rant. Consider using her four step ‘ranting plan’.
Ranting, just another project management service you provide to your team.