Filed under Definitions | Posted by PMStudent 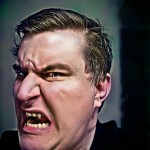 The stakeholder was invented in 1847 and is a stylish display case to store your favorite vampire-killing wooden stakes.? Advanced designs include a quick-release mechanism for convenient access in case of emergency.? Mine has an elegant drawer to also store garlic cloves, holy water, and my favorite crucifix.

Mine doesn’t have that fancy drawer.? I had to buy the cheaper model they had.? 🙁

“Stakeholder” is just a fancy term for someone who cares about the project.

Who Has a Horse In This Race?

For example, the project I am currently working on has a multitude of stakeholders.

Focus On The Individuals

A matrix of some sort where you do an analysis of your stakeholders is always helpful.

It is usually helpful to only include direct stakeholders for the sake of analysis on a project.? Otherwise, you may end up including the entire population of planet earth.? You could say that the families of my project staff are also stakeholders, but what someone’s 12-year old son thinks we should do is probably not going to make it into project planning.