Filed under Lessons Learned | Posted by

As a Mom, it is important to know exactly where everyone is at any given time, how long they are going to be there, and what they are doing while they are there.? Other than that, it’s pretty simple.

As a Project Manager, it is important to know exactly what task each project resource is working on?at any given time, how long they will be working on?that task?, what they are doing and why they are doing it.? Other than that, it’s pretty simple.

A Mom is?the “boss” of the house.? They make the rules as they go along and everyone just does what they are told.? If they decide to change the process, they don’t need to clear it with anyone, they just announce that expectations have changed, then everyone complies with the new rules.

Wouldn’t it be nice if this actually worked?? But, that is not the case.? A Mom/Project Manager must earn the respect of their team whether the team is their family at home or their colleagues at work.? The first step in earning respect is giving respect.? When you respect the team, they will respect you. 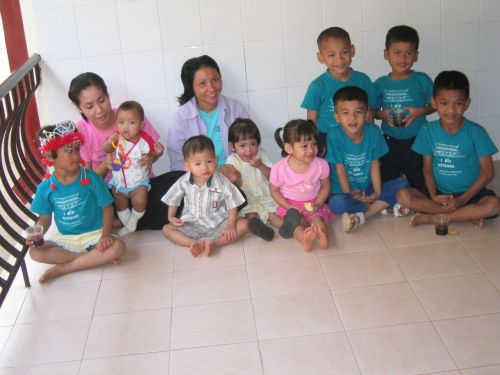 When Mom decides to change the rules, she should get input from her team (the children) before imposing her new rules.? This doesn’t mean that the children get to make the rules, but by feeling that they are a part of the process, they will embrace the upcoming changes and they will be more willing to adhere to them.? Likewise, a Project Manager should seek input from their team before making any process changes.

Exactly how should a Project Manager introduce a process change?? First, they need to examine the existing process to determine where and if a change is actually needed.? Take the time to map out the current process and share it with the team.? If the process was not previously documented, the team may not have fully understood what was required of them.? This may solve the process issue at hand.

Once the process has been documented and shared with the team, ask for feedback on where the team feels there are inefficiencies or room for improvement.? The team may be doing more or less work than is required at any point in the process.? Understanding and following the now clarified process may solve the issue at hand.

When the current process has been documented, reviewed and discussed, try it for a few weeks before examining where changes should be implemented.

If a change is required, the next step is to brainstorm with the team on areas for improvement.? This will satisfy two requirements for change: 1) The team becomes engaged and ready to accept a change ; 2) The Project Manager is not on their own to create the new process.

In extreme cases, a Change Management consultant should be brought in to facilitate the process change.

We are operating in a world where change is the new normal.? To succeed, we need to manage change in a way that people who are adverse to it, will embrace it.

Fortunately for the Mom, children are very adapable and will readily accept of change; however, the Project Manager is usually dealing with adults who are not as open to following the “new” rules.? By soliciting input from the team, everyone will feel that they had a part in creating the new process thereby motivating them to embrace it.