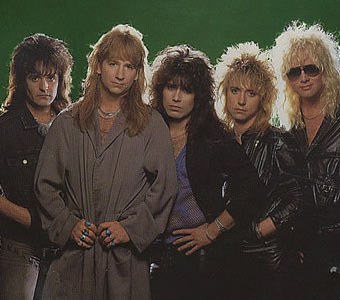 To my wife’s dismay, this is not a post about the 80’s hair band, Great White.

This is about project communication and estimation.

Mark had done his best.? Being new to project teams, he tried to estimate his tasks as well as he could back when Jack (the project manager) asked.

Now it was several months into the project, and was becoming painfully obvious that Mark wasn’t keeping on schedule.

After a particularly painful project status review, Jack called Mark into his office.

“Mark, I expect you to perform at the level you committed to.? There is no excuse for this, you are making our entire project team look bad.? Your tasks were nowhere near the critical path before, but now you ARE the critical path.”

After struggling through that project (Jack went out and got an extra person to help with Mark’s tasks, which resulted in another lecture and brought the project in over the original budget) it was time for another one.

After the whupping he took last time, Mark knew what to do.? This time when doing estimates, he remembered all the things that got in his way last time he hadn’t anticipated.? He came to an estimate on each task.? Then he doubled it.

Sue was running the project Mark was on this time.? Jack stopped Sue in the hall one day as they were passing by each other.

“Say Sue, you have Mark on your new project, right?”

Of course this is a simplified caricature, but this short story illustrates some key issues that occur on projects often, to a greater or lesser degree.? As? a new project manager, this kind of scenario is something to watch out for.

The worst part is probably that Mark has been bitten, and in the future will be very unlikely to trust a project manager who might want to implement something like Critical Chain Project Management, where padding is removed from individual tasks and it’s OK to go over on individual tasks, because you are actually shooting for a 50% chance of completion on time.

No, a barrier has gone up between Mark and his project managers.

Do you have similar stories to share?? How about additional comments on this scenario?