Why I’m mourning for Toyota

I’m sure you’ve all heard about the recent news with Toyota. 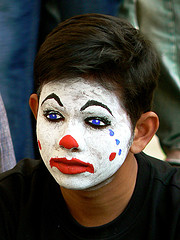 Recalls happen.? It’s a statistical certainty that companies are going to have recalls from time to time.? Usually it’s something minor in nature but recently Toyota has had multiple issues regarding accelerators sticking and potential braking system issues.

The part I’m in mourning about are reports that Toyota required extensive outside pressure to act in some cases.? These are big safety issues.

According to US Transportation Secretary Ray LaHood, when government officials spoke to the North American offices of Toyota they were unresponsive.? It took a trip to Japan in order to get some attention on the issue.? I feel the icon Toyota once was for me is now tainted.? Did I just have an unrealistic view of the company and their operations before?

My questions are as follows:

I’m looking forward to your opinions in the comments section.