How to Handle Criticism from Employees in the Culture of Feedback

Filed under Becoming a PM, Communication | Posted by PMStudent 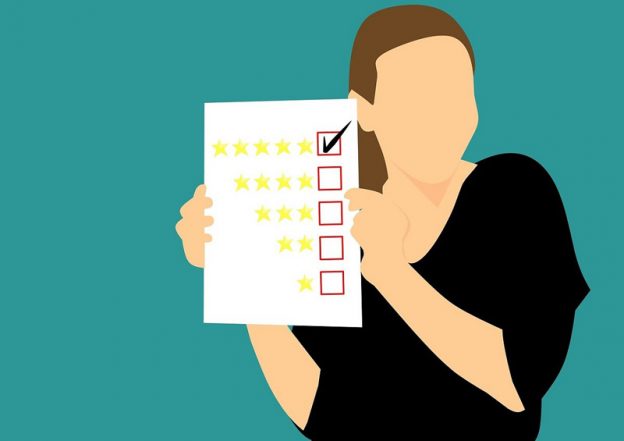 Brought to pmStudent by Joe Peters.

What exactly is a feedback culture, though, and how can your business survive the criticisms that come from it along the way?

A feedback culture is one where opinions and insights from employees regarding the culture, daily operations, and other facets of the company, are welcome and valued.

Why is Feedback Important?

Instead of exploiting talent and ignoring employee voices, companies that value feedback are investing in talent and benefiting in more ways than one from having the right employees on their roster.

Feedback is one of the easiest ways to know whether you are doing something well or if you could stand to make improvements.

It’s human nature to seek the approval of others, but sometimes that is answered with criticism instead.

Having a strong culture that promotes feedback can help foster the growth and success of both individuals and the organization itself.

You can’t just promote the good feedback, though.

Leaders who truly want to build a strong feedback culture have to be as ready for criticism as they are for positive feedback, if not more so.

The most important assets to have are healthy emotional reactions and thick skin.

If you are asking your employees for feedback but then you react negatively to their input, you will stop them from coming to you altogether.

Not only that, but you could miss out on valuable information that could help you improve your organization.

One way to reduce the amount of harsh criticism received is to train your employees on giving feedback and have an open conversation about how to best approach the subject.

You should have a determined feedback structure and process in place, and the focus should be on identifying potential solutions as much as identifying problems.

It’s much easier to listen to an employee’s suggestions about how to improve something than to just listen to them complain or berate your management practices.

Speaking of training your employees, that starts with sourcing candidates that are trainable and that fit into your company culture.

You can’t hire someone who doesn’t fit your culture and then wonder why they are still having issues with everyone as time goes on.

Not only is this bad for productivity, but it can cause increased criticism from the employee that doesn’t feel like they belong.

Creating a strong workplace culture begins with hiring the right people for the workplace environment that you want to create.

The method most often used in hiring to help improve the chances of finding a good cultural fit is known as the ASA method.

This principle states that employees are attracted to a company based on how well that company’s culture and beliefs fit with their own.

For example, someone who values independence and forward-thinking practices would be more attracted to a company offering a hip, flexible, collaborative culture that allows employees to set their own schedules and daily routines than someone who is set in their traditional 9-to-5 ways.

The selection principle focuses on using recruitment tools and criteria to attract the right people to the organization in the first place.

In a feedback culture, you will have a lot less criticism when you have the right employees on the payroll.

When people don’t feel that they fit with an organization, they’re more likely to find negative feedback, point out mistakes, and be generally dissatisfied with their day-to-day role in the organization.

By hiring the right people in the first place, you can avoid a lot of criticism and negativity in your organization.

The attrition element is the idea that people who feel that they do not fit in will eventually leave.

Thus, the more employees you hire that don’t fit the culture, the higher your turnover will be.

Other things influence this as well, such as the job market and current economics, but regardless of either people eventually will leave when they feel out of place.

Whether it takes six months or six years, they’re just biding their time and those are the people you don’t need in your organization.

For their benefit and yours, don’t hire them in the first place.

No organization is perfect, and in a feedback culture, you need all the insight that you can get to help improve your company.

The important thing is to develop a structured feedback process so that instead of constant criticism, your employees are providing value-added suggestions and improvement ideas when they come to you with a complaint or problem.

If you start by hiring the right employees for the culture that you want to create (or the one that already exists), you’ll circumvent a lot of negative feedback issues.

Joe Peters is a Baltimore-based freelance writer and an ultimate techie. When he is not working his magic as a marketing consultant, this incurable tech junkie devours the news on the latest gadgets and binge-watches his favorite TV shows. Follow him on @bmorepeters