Do YOU Recognize YOUR Team? 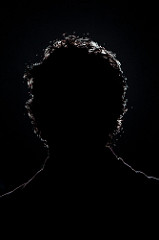 “Don’t you recognize me? I am Sal. Your team member?”

The unfortunate truth was that Mary Carol did not recognize Sal. She knew someone from the team would pick her up at the airport. In fact, as he introduced himself, she did remember that it would be Sal who picked her up. But she had no idea what Sal looked like. Fortunately Sal recognized Mary Carol.

As they were exiting the airport, Sal commented again, “Don’t you know who I am? My picture is on our team site.” Immediately Mary Carol realized her mistake. She could have very easily looked at the team website and looked at Sal’s picture. She then also would have remembered more about him. She tried to brush it off as a combination of jet lag, plus asking if he had cut his hair differently. But he knew better.

Mary Carol had not only missed an opportunity to strengthen a bond with a team member, she had weakened that bond. She could tell that Sal was disappointed. After all, he had taken the time to know who she was. Did she think that because she was the boss, she did not have to know her team? Did she think that because they worked across the globe that she did not have to get to know them?

Mary Carol did NOT think she was better than her team and she did NOT think that she did not need to know her team members. The truth is she just did not think. In her preparations for her trip, she did not take time to think about accessing the team website in order to get to know those she was visiting. She prepared reports and presentations. She forgot to prepare for the people.

If asked about the team website, Mary Carol would definitely have spoken favorably of it. Her thought was that the team website gave the team members a good way to connect and to share and to get to know one another. The way in which she expressed these thoughts offered up a clue to the attitude that would place her in her current awkward situation with Sal. Mary Carol did not think the team website was for her, she thought that it was for THEM. This revealed a mindset of us or me versus them. Mary Carol was not thinking of herself as part of the team. She had two challenges to work on as a leader, the first was to understand that in preparing to deliver reports and presentations, she also needed to understand and get to know her audience. The second was to remember that tools used by the team are for her use too. Especially tools that are aimed at helping build and strengthen team relationships.

For the rest of her time with Sal and his co-workers Mary Carol felt uncomfortable. She knew she had made a mistake, one that was easily avoidable and one that she would not make again.

And of course YOU know better too!