The Best Way to Face Challenges? Together. 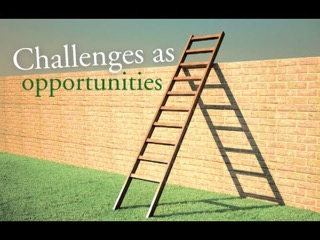 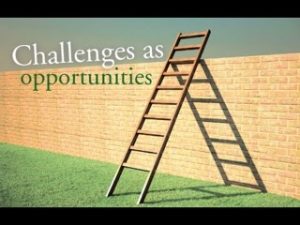 For more than a month Team 4 met every due date and challenge. And then it happened. In week 6 the team hit a major snag. At the end of the week they had not hit their goal. They had only completed about half of their planned work. Team 4 was the team to watch. They started their project off so smoothly. They avoided all of the pitfalls that had tripped up Teams 1, 2, 3 and 5. In status meetings it was always the project manager for Team 4 who delivered the good news. In fact the executive sponsor for the entire program began asking the Team 4 project manager to give her status last, so that the meeting could end on a high note.
But this time it was different. On Monday, the day of the status meeting, their project manager was very nervous. She had not had to report difficult news before and she did feel pressured to be the one who routinely delivered the good news. Her status was well received. Yes, the sponsor and other stakeholders were disappointed. But as one of them said, “It would be unreasonable to expect that Team 4 would not experience issues, when all of the other teams have had such difficulties.” The team was anxiously waiting for her to let them know how the status meeting went. She was able to tell them that nobody was mad at them and that everyone had complete confidence in their abilities.
By the end of week 7, very little progress had been made. MOST of the team felt very discouraged. They were wondering when they were going to be put on mandatory weekend work. They were wondering when they were going to be yelled at. At 11:45 am on Friday the project manager called the entire team to an emergency meeting. She went from cubicle to cubicle, saying, “Drop everything and come to the conference room right now!” The team shuffled in, waiting to be yelled at. Instead they found that their project manager had ordered lunch for them. She encouraged them to come in and sit down and enjoy lunch. There was just one rule, no talking about work. And for one hour they sat and spent time together and did NOT discuss the project, the schedule or the status of the current technical issues. At the end of the day she went from cubicle to cubicle, ushering them out and urging them to go enjoy the weekend and to come back refreshed on Monday.
On Monday, the project manager delivered the news to her stakeholders. There was no change and very little progress had been made. Once again, the stakeholders were encouraging. Once again, the team was anxiously awaiting the results of the status meeting, now they were concerned that their project manager would be yelled at, or worse – replaced. After the meeting she was able to reassure them that all stakeholders offered their full support.
Finally in the middle of week 8, there was a break in the case. An obscure piece of code combined with a rare piece of data was causing the problem. Cautiously a fix was designed and applied. By Friday of week 8 the team had caught up with the deliverables from week 6. Everyone went home that Friday evening feeling more relaxed and confident. And to their happy surprise when they returned Monday morning the team arrived to a mini breakfast celebration. There was fresh fruit and yogurt and cinnamon rolls and donuts. Every team member had a “Congratulations you survived the curse of Week 6” certificate waiting for them on their desk.
The challenge that surfaced during week 6 was really difficult. But it was NOT the only challenge that Team 4 would face. They continued to have their share of challenges. They still were a stronger team than Teams 1, 2, 3 and 5. They still maintained the best track record in terms of meeting their deadlines. It was not that their work was easier or that all of the strongest people were on Team 4. It was that Team 4 and their leader made a conscious decision NOT to let the challenges come between them and NOT to let the challenges break their spirit.
They were able to treat prevent their challenges from becoming obstacles.