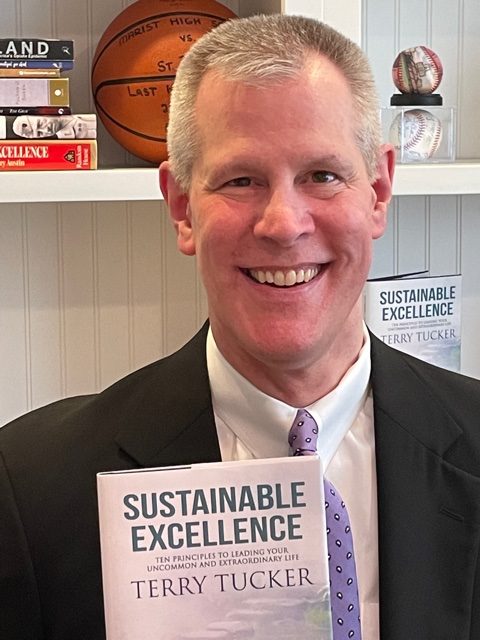 Today on pmStudent we have a ‘crossover’ episode. On some of your favorite TV series or even in some movies, there are episodes or scenes where two different sets of storylines or characters collide.

Margaret Meloni, your pmStudent community leader happily teaches you how to be the best project manager that you can be. And, she also has some work she does where she helps us all become friends with death. You can find this work, her books, and a podcast on this topic over at MargaretMeloni.com.

Now, enter Terry Tucker. Terry visited his good friend the podiatrist to have a cyst removed. His friend told Terry not to worry. But to be safe, he sent the cyst to pathology. Two weeks later Terry learned that he had a rare form of melanoma. And just like that, Terry’s life changed.

Terry lives with an incurable form of cancer. Read that sentence again, this time, like this – Terry LIVES with cancer. It is important to emphasize LIVES because that is what he is doing. Encouraging all of us to find meaning and purpose in our lives.

And that is why this is a crossover episode. Absolutely he discussed his attitude toward his own impermanence over on the Death Dhamma Podcast.

Terry comes from a mindset of, “These are the cards I have been dealt. I am not crazy about them, but I must play them to the best of my ability.” And this shines through in his PERSONAL AND PROFESSIONAL life.

Terry is a role model and champion for finding and living your purpose. Read his book, Sustainable Excellence: Ten Principles To Leading Your Uncommon And Extraordinary Life

And NOW, you can work with Terry in his Sustainable Excellence Coaching program, and let him show you how to become the best version of yourself, and how you can leave behind a legacy that makes you proud.

Visit Terry over at his Sustainable Excellence page and work with him to become clear about:

“What is excellence, how do you achieve it, and most importantly, how do you sustain it?” LIVE online coaching from Terry will provide you with the bedrock necessary to form the foundation of unshakeable beliefs and dedicated behaviors that will guide you to your uncommon and extraordinary life.