I recently passed PMP. I want to contribute what I learned to my company.
I work as a manager in India.

When I told my boss that I passed PMP, his next question was “what is PMP”. so that is the level of awareness most of the managers have. I finding hard to make them see what value I can add. They say, we are already doing good. what extra project management is needed? For that matter, our project runs for an year. Not more than that. we hardly follow what is prescribed by PMI. I want to take risk management area and show them what we don’t do and what we can do. Do you know any cases like mine. and what is that they did?

thanks for your time.

Thank you for the great question! I think the core concern here is change management. I’m no change management expert, but I have a lot of personal experience with this kind of thing. Let me share my lessons learned. 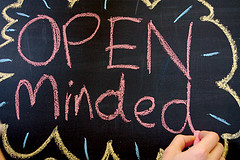 You’ve just learned a lot of great theory and practices that have the potential to improve how you do projects at your organization.

Now, take a step back and entertain the possibility that you might be wrong. After all, the PMP is a test on one particular standard, the PMI standard. It’s not even a methodology. There are many great standards and methodologies out there, and not everything works everywhere.

It is possible that the way your organization manages projects today IS optimal. Start by learning more about how things came to be the way they are today. Ask a lot of “Why” questions and dig deep. Keep an open mind.

Every organizational change I have seen that was done drastically and suddenly failed. Unless a drastic change 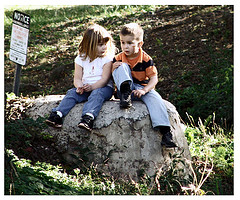 is needed for survival, I don’t recommend it.

I have personally had the most success (even when I wasn’t the decision maker) at getting my organizations to adopt change when it was gradual. After keeping an open mind and analyzing the situation thoroughly, I fully described the goal. That is, how things would operate better. Then I thought about what gradual steps could be taken so that each change would be easy to swallow, and yet in the end we would end up with the “big change”.

There are changes that can not be incremental. If you move to a lean methodology or something that requires more fundamental shifts in behavior and process the dramatic change may be required. In most cases however, it can be done over time. This book is all about making small changes, I would have liked to write it if it wasn’t already done: Small Change: It’s the Little Things in Life That Make a Big Difference!

What’s in it for me?

In each of the small changes you’ve laid out, you need buy-in.

The good news is because you are making tiny gradual changes, this step is easier. You aren’t trying to up-end the “way things work around here” overnight.

With each of the small changes, find a champion. Someone who will be able to see the benefit of the change in their favor and can help support you. The best case scenario is to have the person or team in charge of a process as your champions. Work with them to engineer the specifics of the change.

Let the small change be their idea. Let them own it. As long as the change still supports the long-term vision, you are good to go. You can also improve the vision and upgrade it with new ideas people are coming up with on each of the small changes.

Consider how each stakeholder group who is impacted by each small change will benefit from it. Write it down. Use it to market and sell the changes.

Don’t Be a Dictator 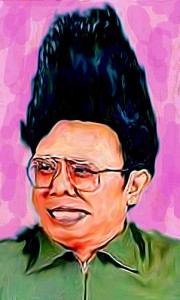 For most of the changes I’ve helped implement this way, I wasn’t the decision maker. I had no formal authority to force people to change.

This was a major benefit to me.

Just as with most other aspects of management, using your formal authority damages the trust of the people around you. Don’t use it unless you must. Instead, I engineered situations where I could gradually show people how a change was beneficial.

First, I introduced the concept to everyone and made them aware of it and what the potential benefits might be.

I found one to be my champion. The first time, we only implemented the new process on one little piece of the project, and in a simplified form. The change was relatively painless for the champion, and did not impact the others at all.

Everyone started seeing the results the champion was enjoying. The champion and I presented the “case study” to the rest of the group. My message was “if you want to do this too, I’m here to help.”

In this way, I got a few more to jump on board. Then the rest. With each iteration, we improved the process itself. After a year, my final goal was realized. Everyone was using this process and the whole project was enjoying the benefits. They loved it.

I was a helper. They were the ones who made it happen. Just as in all management, give credit to others whenever possible.

What other suggestions do you have?? Leave a comment below!