Take YOUR Team Through Loss 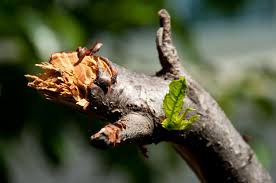 The team had just suffered a crushing blow. They had been competing for a specific contract for months. They wrote an amazing response to the RFP (request for proposal) and made it into the top five and then into the top two. When their potential new customers asked them to build a prototype, they rose to the challenge and provided a high-quality prototype and held an exceptional demonstration session. And yet, they lost the contract.

The reason they were given was that the other team came up with some additional requirements that were not requested in the initial RFP.

The competing team provided an upgraded version of the prototype.

As Mary Carol gathered the team around to discuss the loss, strong feelings began to surface. Some team members were angry and felt that the process had been unfair. Others were mad at themselves and others for not expanding the requirements. One person started to say, “I told you so.” Mary Carol let them vent. Eventually they realized that she was just sitting there watching them. The team fell silent and stared at her expectantly. They did not know if she was angry, if she would chastise them, they waited.

Finally she spoke. “I have an assignment for all of you and it is due in two hours.” The quality control lead interrupted her by saying, “I know, you want us to come back with our lessons learned, our what we could have done to prevent this.” “There will be time for that later.” Mary Carol replied. “What I want you to do right now is go back to your desks and by yourselves consider what it means to be resilient. Meet me back here in two hours with your thoughts on resiliency.”

Two hours later the team came back together. While one or two were still puzzled by this unconventional assignment. Most of them embraced it, many of them bringing quotes to help them express their understanding of resilience. Like the assignment, some of these quotes were unconventional:

“Sometimes Grace comes in the form of a punch in the face.”
Mary Elder

“Inside of a ring or out, ain’t nothing wrong with going down. It’s staying down that’s wrong.”
Muhammad Ali

Other quotes were more traditional:

“A good half of the art of living is resilience.”
Alain de Botton

“Man never made any material as resilient as the human spirit .”
Bernard Williams

“It’s not the winning that teaches you how to be resilient. It’s the setback. It’s the loss.”
Beth Brook

“Success is not final, failure is not fatal: it is the courage to continue that counts.”
Winston Churchill

The lead, initially so quick to assume they would be working on their lessons learned was one of the first to see the point of this assignment. The point was to transition them away from a place of loss and upset and to begin to move forward with a sense of strength and ability. It was also Mary Carol’s way of letting them know that she was not angry with them, she did not think they had done a poor job, they were just bested by the competition. Now it was time for them to move forward.

It is easy and fun to celebrate success. It is just as important to grow from defeat.