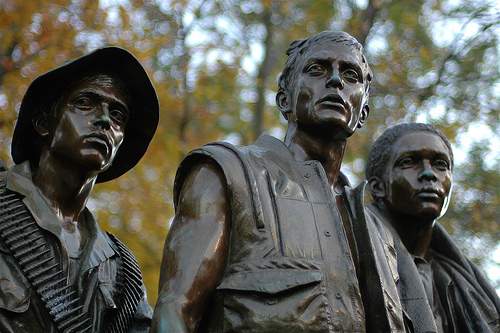 My brother Zach has come home since last? year’s post when he was serving in the Middle East and Africa.? I’ve been able to pick on him in person like the good old days since then, and he’s stationed in Virginia now.? He’ll likely have another tour coming up soon, so I chat with him over the phone at least weekly while he’s in the states so I can get all the harassment in before he ships out again.

Here’s to all those who are currently serving their country and those who have in the past!

In war, there are lives risked and lives taken

Men and women giving their best to defend what they love

They defend their country

Some call them soldiers

Others call them heroes

Our veterans have risked their lives for us

They have lived through hell and fought with honor

And regret doing so

For every life, there is a soul

For every soul, there is a life

For those who have died, we show great appreciation and remembrance

For those who live, along with them live the horrific memories of battle

Some, memories of defeat

Some, memories of victory

Our veterans were more than soldiers

They were, and still are heroes