A Little Discipline is a GOOD Thing 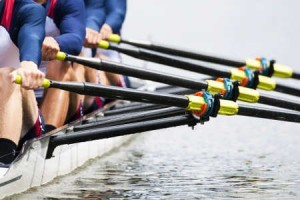 You might feel uncomfortable reprimanding a team member in front of the rest of the team. None of us like to be told we are less than fabulous, especially in front of our colleagues. Despite this, you do have a responsibility to advise team members when they are not living up to expectations.

“If we don’t discipline ourselves, the world will do it for us.” – William Feather

A private discussion is a good idea the first time a team members lets you down. You do want to make sure that they are OK and there could be an issue that they are not comfortable discussing in public. A private conversation allows you to express concerns and allows your team member to respond to those concerns. For example if during a status meeting it becomes clear that a team member has missed a deadline. Don’t ignore it, certainly ask him or her for a brief explanation and ask for a commitment to a new date. If the new date will not work, state that. The follow-up and check-in comes after the meeting. Stop by (or if he or she is virtual call), and ask if everything is OK. Ask if there are obstacles that are preventing the successful completion of his or her work. MOST people will get the point.

If that team member lets you down a second time, you want to be more pointed in your discussion. You might even mention that you notice that this is the second time that he or she has been late. Ask for a new date and make a point of saying that you will follow up with him or her later for additional discussion. In this way the team understands that you are not ignoring the situation. It is similar to when you were in grade school and you knew someone was being called to the principal’s office. Be fair and cautious in this approach, if you know your team member is going through a difficult situation, a situation that he or she wishes to keep private, and then you want to temper your language. You do not want him or her to feel like you are beating them up, yet you do not want the team to think it is OK to miss deadlines. In this instance you might pass up the opportunity to mention how many times the team member has been late, but definitely mention that the two of you will speak later.

There is a situation where you should probably provide a firm response right away and that is if you really believe that a team member is being disrespectful to another team member or to you. This type of behavior should be discouraged right away. You do not have to be mean or harsh, but you do want to be firm. And you do want your team to see you stand up for them and to stand up for yourself.

One thought on “A Little Discipline is a GOOD Thing”