Do Your Project Teams Suffer From Chronic Media Multitasking?

Filed under Productivity | Posted by PMStudent

“There’s no question whatsoever that multitasking, especially among those who do it the most, is at the very least ineffective; and at the worst harmful.” Clifford Nass, Thomas M. Storke Professor – Stanford University 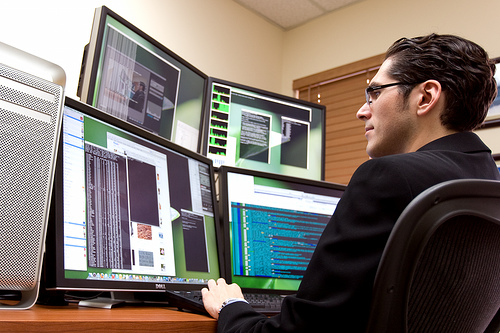 Chronic media multitasking is quickly becoming ubiquitous, although processing multiple incoming streams of information is considered a challenge for human cognition. A series of experiments addressed whether there are systematic differences in information processing styles between chronically heavy and light media multitaskers.

A trait media multitasking index was developed to identify groups of heavy and light media multitaskers. These two groups were then compared along established cognitive control dimensions.

Results showed that heavy media multitaskers are more susceptible to interference from irrelevant environmental stimuli and from irrelevant representations in memory. This led to the surprising result that heavy media multitaskers performed worse on a test of task-switching ability, likely due to reduced ability to filter out interference from the irrelevant task set. These results demonstrate that media multitasking, a rapidly growing societal trend, is associated with a distinct approach to fundamental information processing.

What Qualifies as “Media Multitasking”?

The study looked at chronic media multitasking. ?”Media multitasking” as I understand it is related specifically to computer-related mulitasking between?unrelated tasks.

From what I understand, doing related tasks is not considered media multitasking. ?For instance, if I am writing this blog post and switch back to the article from time to time to fact check or find something, I am still working on the same “project”. ?If a programmer is working on some code and instant messages a team member for advice, the one who sent the message is not multitasking per se; but the one who received the message may have been working on something completely different, so the receiver may be multitasking in this case.

Clifford Nass from Stanford is one of the authors and noted in a recent?Science Friday Podcast that instrumental music seemed to be an exception and did not have the same cognitive impacts as true media multitasking. ?(So your programmers can still jam to rave music while they code!)

The researchers didn’t observe people while multitasking. ?This study classified people as chronic media multitaskers and those who don’t, and assessed cognitive functions separately.

The study looked at 3 specific abilities. ?The researchers were surprised to find that chronic media multitaskers were actually worse at all three. ?Even though I have railed against bad multitasking for a long time, even I was surprised that people don’t get better at these abilities over time as they practice multitasking.

In the example of an instant message where the sender is NOT multitasking but the receiver IS if they respond immediately, an asynchronous solution like Twitter, Yammer, or email might be the answer. ?The receiver can then answer the question when they have set aside time specifically to check that tool.

To me, this study bolsters the practice of creating a war room where the project team can be free of outside distractions. ?Even though this study was specifically about chronic media multitasking, it certaintly follows that physical distractions can have similar impacts. ?It would be interesting to see how this applies to pair programming, etc. ?My guess is that people who are working on the same piece of a project could “interrupt” each other from time to time with little impact, simply because they have very similar and/or co-dependent tasks.

It also reinforces my belief that email and other messaging tools should only be checked and worked at specific scheduled times, not on an ad-hoc basis throughout the day. ?Email notifications and pop-up boxes should be disabled to allow people to focus as long as they need/can on specific tasks without distraction.

Nass noted that people have varied tendancies towards being Exploiters vs Explorers. ?Exploiters gain more personal satisfaction by staying focused on one task until it is completed, and explorers gain pleasure by always taking in more input and task switching. ?My guess is that people who think they are really good at multitasking are really just heavily on the explorer side by nature and because they get pleasure from multitasking, they continue to do it. ?There may be some “remember the hits and forget the misses” going on there.

Or, I may be completely wrong.